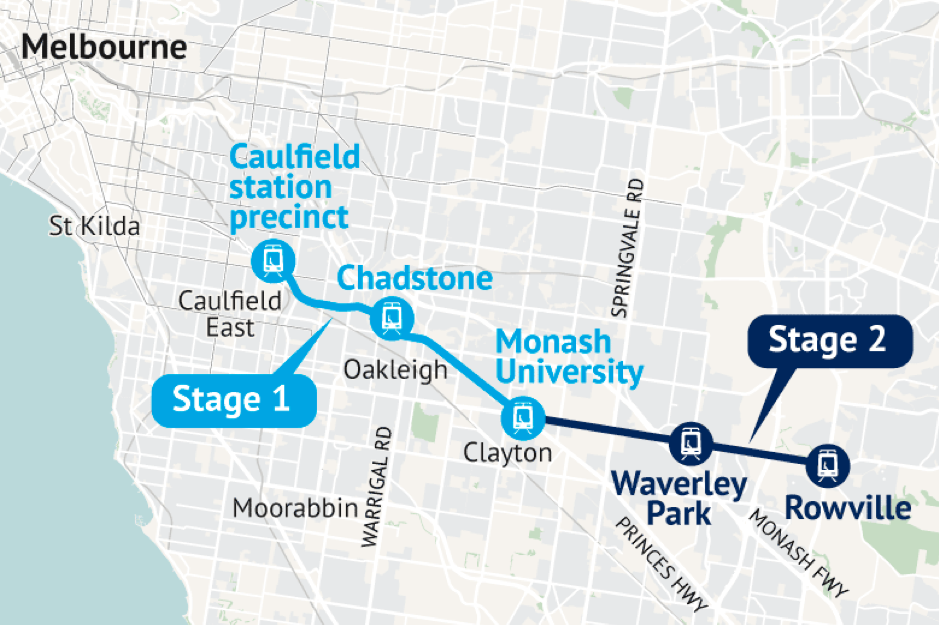 The new trams would run every 4 minutes and transport more than 3000 people an hour. Stage 2 of the proposal would extend the public transport route all the way to Rowville.

The Age Newspaper reported that this is the biggest investment in Melbourne’s Tram Network in over 13 years and shows the Government’s commitment to the suburb of Caulfield, surrounding suburbs and Monash University.